The Perception and Measurement of Headphone Sound Quality - What Do Listeners Prefer? 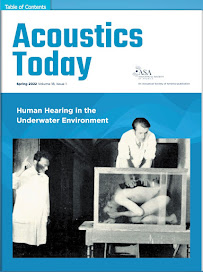 In the spring 2022 edition of Acoustics Today published today was published today you can find an article I wrote called, "The Perception and Measurement of Headphone Sound Quality - What Do Listeners Prefer?"

For headphone enthusiasts who find the HARMAN headphone research difficult to access (i.e. it's behind an Audio Engineering Society paywall), or comprehend (the research is reported in a series of 19+ technical papers), this article will hopefully provide some relief from your pain.  The article is free and can be downloaded as a PDF. It summarizes the most relevant findings of our research in just 6,000 words (the maximum allowed by AT).

The current international headphone standards recommend a diffuse-field  (DF) calibration for optimal sound quality. The article argues the standard  is outdated, and has been largely rejected by the industry  in favor of alternative targets deemed to be more neutral and preferred.  The rejection of the DF target can be found in headphone surveys where the average measured frequency response deviates significantly from the DF target curve. Instead, the average response tends to approximate the in-room steady-state frequency response of a flat loudspeaker in a semi-reflective field (SRF) produced in a typical listening room.  We've known what makes loudspeakers sound good for almost 40 years since the seminal loudspeaker papers were published by Dr. Floyd Toole in 1985-86.  It turns out what makes a loudspeaker sound good, also applies to headphones. Who would have guessed?

The in-room target response of an accurate loudspeaker became the starting point of the HARMAN target curve for headphones.  Over several years, we conducted many controlled scientific listening tests to test the target curve against many headphones, refine it, and ensure it had a wide acceptance among different groups of listeners based on age, gender, listening experience and geographical location.

Hopefully, this article will explain the motivation,  major findings and conclusions of the research behind the HARMAN headphone target curve. Enjoy!